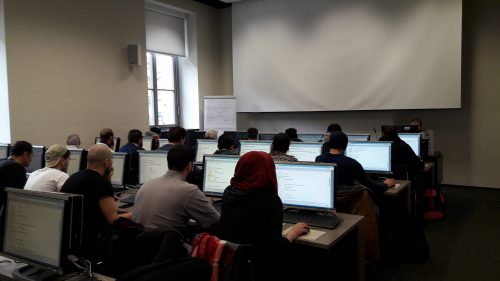 In March 2017 the Max-Planck Institute for Human Cognitive and Brain Sciences in Leipzig and the ITT signed a cooperation agreement with the aim of supporting a Max-Planck Institute study entitled “Strukturelle Plastizität des Sprachnetzwerks beim Zweitspracherwerb von Erwachsenen” (“Structural Plasticity of the Language Network in the Adult Brain when Learning a Foreign Language”) through the ITT’s expertise on the science of testing and test development.

In addition to its consultative role and the provision of know-how in research-based testing, the ITT carried out a series of language-proficiency tests on three dates between March and October 2017. The ITT provided not only the tests themselves, but also the necessary infrastructure for carrying out the tests and processing the results. In the context of the study, standardized listening, reading, and speaking tests were used. Furthermore, the ITT developed a test for evaluating grammar skills and tested it on study participants.

More detailed information on this project can be found on the Max-Planck Institute website..

We use cookies to ensure that we give you the best experience on our website. If you continue to use this site we will assume that you are happy with it.OK